I had a conversation recently with fellow designers over how we refer to ourselves. This conversation started when one designer asked another why they referred to themselves as a freelancer? We then talked about the impression and stereotypes associated with the word freelancer. In the end, the designer acknowledged that it was in their best interest not to use the term freelancer anymore when referring to themself. And it would be best if you did the same. Stop calling yourself a freelancer.

Why you should stop calling yourself a freelancer.

There’s a stigma associated with the term Freelance or Freelancer. In episode 17 of the Resourceful Designer podcast, I discussed how calling yourself a freelance graphic designer could hurt your business. I shared a story of when a company approached me for an in-house position. I turned them down, but I shared the name of a designer I knew would be perfect for the job.

The company’s CEO later told me the designer I told them about had all the right qualifications. However, The title she used on her resume was Freelance Graphic Designer, and they were looking for someone more serious than that for the position.

She didn’t get the job because she listed herself as a freelancer. I know it’s crazy, but it’s true.

For this reason, I tell designers who work for themselves to stop calling themselves freelance designers and instead say they run a design business. Even if you only do it as a side gig.

In an article titled Stop Calling Yourself A Freelancer, author Andrew Holliday says that a company commands more respect than freelancers. And that freelancers are perceived as commodities. Meaning they’re interchangeable.

If you need a quick design job, hire a freelancer. In the future should you require more design work, you could hire the same freelancer, or you can hire someone else. It doesn’t matter because freelancers are interchangeable. Anyone will do. And usually, the cheaper, the better.

Hiring a freelancer is kind of like purchasing fuel for your vehicle. You know that all gas or petrol stations are basically the same, so you pick and choose where to fill up based on price. That’s how many business owners perceive freelancers–as commodities.

However, if you want a partner to help you develop your brand and marketing assets, someone you can work with long-term, then hire a design company, even if that design company is just one person.

Holliday made another interesting point in his article that freelancers often fight for hourly work. Whereas companies typically get paid by the project. And therefore, your earning potential is much higher if you refer to yourself as a business owner and not a freelancer.

But don’t take his or my word on it. Earlier this week, I posted a poll in a large entrepreneur community where I’m a member. It’s a community made up mostly of solopreneurs to mid-size business owners. In other words, the type of people you want as design clients.

Here’s what I asked.

Who would you prefer to hire for design work:

A: A graphic designer who runs their own design business?

B: A freelance graphic designer?

I know. It’s a trick question since both answers are the same, but I wanted to see what people would say.

Two hundred four people responded. 176 (86%) chose A: A graphic designer who runs their own design business. Compared to only 28 (14%) who chose B: A freelance graphic designer.

What’s even more interesting are the comments on my poll.

Aren’t they the same thing? But if I had to choose I would pick A. It sounds more professional.

I would hire a freelance graphic designer. I’m just starting out and don’t have a large budget and option A sounds more expensive to me.

Isn’t hiring a freelancer kind of like hiring an employee who doesn’t actually work for you, so it’s less paperwork?

I think the difference between the two is confidence and trust. I could trust that a design business owner is competent and knows what they are doing because they took the time to start a business. I know they’ll be around for a long time should I need them again in the future. I wouldn’t feel the same way about hiring a freelance graphic designer.

I have a background in design, and I choose A. Most freelancers I know are only doing it until they can find a full-time job.

And there were many other comments just like these. And they all came to a similar conclusion. If you want someone cheap, someone you can tell what to do, and you’re not interested in building a working relationship with them, then hire a freelancer.

However, if you want someone knowledgeable, someone who can help you solve the problems you’re facing, and someone reliable who will be around for a long time, hire a designer who runs a design business.

I think these people make my point for me. Stop calling yourself a freelancer.

Let me simplify it.

Let me simplify it by creating another distinction between a design business owner and a freelancer.

If the projects you work on are for someone other than the person or company paying you, you are freelancing.

For example, if an agency contracts you to work on projects for the agency’s clients, you are working as a freelancer. They may or may not have in-house designers, but they need to hire you to fulfill their commitment to their clients.

It doesn’t matter if you work directly with the client or deal with someone at the agency as a go-between. If the end client is not the one paying you, then there’s a good chance you’re freelancing.

However, if a client hires you to do work for them and pays you directly for your services, you are not freelancing. You are running a design business.

Take my Podcast Branding business, for example. Podcasters hire me to design their artwork and websites. That’s not freelancing since the client is paying me. But I’m also the designer for a large podcast agency. This agency sends their clients to me for their podcast artwork. In this case, I’m working as a freelancer for the agency since they pay me to create artwork for their clients.

Another thing to consider is if you charge fixed, project-based or value-based pricing, then you are running a design business. Since freelancers typically charge by the hour.

And finally, If you don’t plan on ever being employed or working for a boss. Then you are running a design business.

In the end, you can call yourself whatever you want. It’s your career, after all. But I hope I’ve given you something to ponder.

I know I was surprised by the response I got from the poll. I figured Design Business Owner would prevail over Freelance Designer, but I didn’t know by how much. And if those who responded are the people who represent our ideal design clients, then why not heed what they are saying. 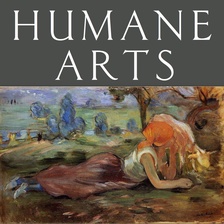 I am a student of language and literature. I have been reading, writing, and studying for most of my life. I received a B.A. in English from Fresno State and then went on to receive an M.A. and Ph.D. in English at Indiana University. I am interested in literature, philosophy, his...
Society & Culture

Arts & Letters is a program celebrating contemporary arts, humanities, and social sciences, with an emphasis on authentic Southern voices. Hosted by J. Bradley Minnick of the University of Arkansas at Little Rock, the full episode archive is available at artsandlettersradio.org.
Arts 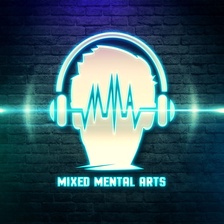 As kids, we're like little sponges blindly copying culture from the people around us. The cultures into which we were all born evolved to fit very old agricultural environments. Each contains timeless wisdom about human affairs but none of them is ideally suited to navigating the...
Education Society & Culture 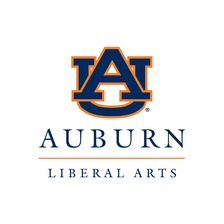 The College of Liberal Arts is one of the largest colleges on Auburn’s campus with twelve departments, one school, 3,900 students and 400 faculty and staff. We offer 38 undergraduate majors, 33 minors, 19 graduate programs and 6 professional certificates. Our curriculum offers a...
00:00
/
00:00