What Happened to Kiely Rodni?

67 minutes · 3 months ago
🇬🇧   EN True Crime
Kiely Rodni (16) has been recovered after being missing in Truckee, California for over two weeks.  Kiely was found deceased in her vehicle, in 14 feet of water, very close to where she was last seen alive.  How did police spend thousands of hours searching for her to no avail?


Adventures with Purpose searched the area and found Kiely within minutes.


In this episode of the True Crime Society Podcast we discuss the recovery of missing people by volunteer team Adventures with Purpose (AWP).


Along with Kiely’s case, we discuss the cases of:

You can read our blog for these cases here - https://truecrimesocietyblog.com/2022/08/24/cases-solved-by-adventures-with-purpose/


You can see the Adventures With Purpose website here - https://adventureswithpurpose.com/


This episode is sponsored by:

Java House -  Cold brew coffee is a better cup of coffee.  Visit JavaHouse.com and use code TCS for 10% off.

Magic Mind - The World’s First Productivity Shot.  Visit magicmind.co/tcs for 40% off your subscription.  You can also use code TCS for 20% off a single purchase.


Pretty Litter – PrettyLitter helps keep your cat healthy and keeps odors down.  Visit PrettyLitter.com/tcs to save 20% off your first order.


Be sure to check out the Murder Diaries Podcast - https://themurderdiariespodcast.com/ 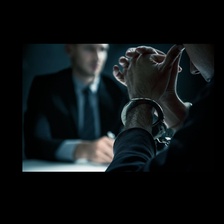 A podcast dedicated to highlighting cold cases that have been solved and closed. We share these cases to highlight their resolution and bring closure to the victims and the community
True Crime 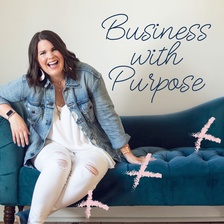 Business with Purpose takes you “behind the scenes” with some of the world’s most generous entrepreneurs with host Molly Stillman of "still being molly blog - stillbeingmolly.com." From the CEOs of mission-driven brands, to directors of small, community non-profits, and everythin...
Business Entrepreneurship Religion & Spirituality Christianity

Learn how to "Invest With Purpose"! We will show you how to take control of your financial future by escaping the volatility of Wall Street and exploring other alternatives. Steven and his team at Integrity Holdings Group left the rat race 10 years ago, wholesaling and flipping h...
Business Investing Run With Purpose is a podcast where we discuss how when we focus on one step at a time, we find purpose not only in the activity but in everything that we do! Each week I break down topics on living a life with more purpose and intentionality. I often invite guests on the show to...
Sports Running Health Fitness

Welcome to Bodybuilding with Purpose. This show is designed to help improve the mental, spiritual, and wellness side of fitness. Many struggles with depression, anxiety, and other disorders. Learn work/life balance, discover your purpose, and create a better life for yourself. S...
Health & Fitness Fitness (Formerly Sh*t I'm 30 Podcast) Pivot with Purpose is a podcast that celebrates every step of the journey into finding our purpose. Whether you feel lost and purposeless or you are currently fulfilled, Carla documents her journey juggling being an entrepreneur, mother, and soon to...
Society & Culture Personal Journals Education Self-Improvement Welcome to the Cold Cases podcast we hope you enjoy re-examining some of the most chilling and controversial cases
News
00:00
/
00:00