Race and Comics in World History

In this episode, Dr. Hettie V. Williams interviews Dr. Jonathan Daniel Wells about his new book The Kidnapping Club: Wall Street, Slavery, and Resistance on the Eve of the Civil War published by Bold Type Books in 2020. Wells is a Professor of History in the Department of Afro American and African Studies at the University of Michigan. This is a stunning book about a network of prominent New Yorkers including judges, businessmen and police officers who were a part of a “kidnapping club” in Antebellum New York that was involved in kidnapping African Americans and selling them into enslavement. The text is also about African Americans such as David Ruggles who fought back against the kidnappers while advancing civil rights for African Americans in the long struggle for freedom. 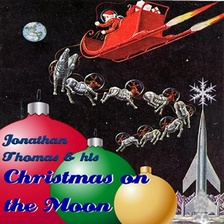 Jonathan Thomas and His Christmas on the Moon

H.G. Wells Has His Regrets

What would you do with a time machine? When famed science-fiction author H.G. Wells turns his dreams into reality by building his Time Machine, he decides to take it for a spin to meet his favourite authors of the past. But between helping Shakespeare practise his new play, meet...
Fiction Comedy Fiction Interview with a Book Character 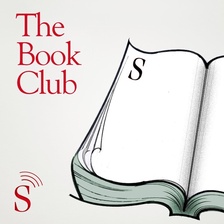 Literary interviews and discussions on the latest releases in the world of publishing, from poetry through to physics. Presented by Sam Leith.
Arts Books interview about buddhism with kelly
Education

Our goal is to educate people about NFTs. We love that artists are being compensated for creating in a way that was never possible before. We also see the wealth building opportunities being created through the trading of these digital collectibles. That's why we want to share ou...
Education
00:00
/
00:00