The Criminalization of Black Youth

In this episode, Hettie V. Williams is in discussion with Drs. Heide Estes and Mary Rambaran-Olm about race and Medieval Studies. Estes is Professor of English in the Department of English at Monmouth University where she regularly teaches medieval literature, ecocriticism, history of the English language, and linguistics. She is also Chair of the University Qualifications Committee and a member of the Faculty Association and Inclusion working group. Estes is also editor of the journal Medieval Ecocriticisms and the author of Anglo-Saxon Literary Landscapes: Ecotheory and the Environmental Imagination published by Amsterdam University Press in 2017. Rambaran-Olm is a literary historian specializing in the literature and history of early medieval England with a focus on the fifth to eleventh centuries. She has written several articles, essays and book chapters and is currently working on a book project about race in early medieval England. She is currently the Provost’s Post-doctoral Fellow at the University of Toronto.  Some resources shared by Dr. Rambaran-Olm:

This is an intro into race in Early English studies: https://medium.com/@mrambaranolm/race-101-for-early-medieval-studies-selected-readings-77be815f8d0f

Also if people want a primer on the term "Anglo-Saxon" I wrote that and it's open access here: https://medium.com/@mrambaranolm/history-bites-resources-on-the-problematic-term-anglo-saxon-part-1-9320b6a09eb7

As for people to follow on Twitter who work on the Middle Ages and are doing good things:

Tania’s Take race, culture and the culture of race

A Black woman who is an Antiracism Educator and pop culture enthusiast examines the intersection between race, culture and the culture of race to encourage listeners to be antiracists and celebrate the Black experience.
Society & Culture Relationships News Entertainment News 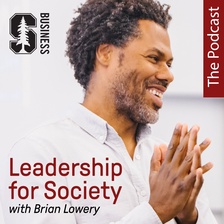 Leadership for Society: Race and Power

Through conversations with a diverse array of leaders, Senior Associate Dean Brian Lowery explores the role of race in society, how race interacts with structures of power, and how systemic racism manifests itself in institutions and in our daily lives. These candid and ho...
Society & Culture Business Management Science 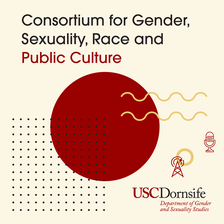 A podcast from the Consortium for Gender, Sexuality, Race and Public Culture at the University of Southern California - Dornsife College of Letters, Arts & Sciences
Education TV & Film Dr. Peniel Joseph, Founding Director of the UT Center for the Study of Race and Democracy and Professor of History, discusses issues of race, democracy, public policy, and social justice with expert guests. "Race and Democracy" questions who is America? Where have we been, where...
Education Society & Culture Medieval Me: Opening the Doors of Medieval History

Open the doors to medieval history! Discussions on history of the medieval period of the world, specifically Europe and Scandinavia. Hosted by Wendy Jordan, MPhil (Master's) in archeology from Cambridge University (UK) and BA in history from the University of Oklahoma. Produced b...
History
00:00
/
00:00