Enable dark mode Sign In
Sign In
🇬🇧   EN Technology Music Society & Culture
In Episode 9 of the Nashville Tech Feed we begin with Lucas giving an update on Podcamp Nashville 2010. Then we go into the topic of Nashville is Talking going dark; it was the end of a web experiment that started in 2005 by WKRN-TV Nashville's Channel 2. It created community and sometimes controversy among bloggers of all types in Tennessee. Trace Sharp aka “Newscoma” and Betsy Phillips aka “Aunt B” two of the best know Tennessean bloggers join us to talk about what NiT was, what it meant to them, where it went and the state of the Blog-o-sphere along with the news media in general. Finally, we finish off with the launch of OnNashville.com which the Tennesseans newspaper aims to fill the void created by the end of NiT. Full show notes at NashvilleTechFeed.com 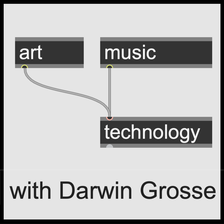 This is a podcast made for and about the people of the Nashville Restaurant community. Our goal is to gain others perspectives and learn from their experiences. Listen for interviews with Chefs, Restauranteurs, authors, industry leaders, and much more! This is not a podcast where...
Arts Food 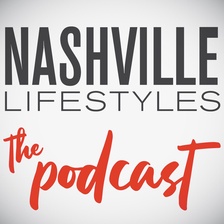 The magazine of Music City for over 20 years is now available as a podcast.Where to eat and Who you should know! This is Nashville Lifestyles, the podcast.
Society & Culture Places & Travel News Leisure
00:00
/
00:00