37 minutes · 5 years ago
🇬🇧   EN Sports Hockey
We're back from the holiday break.

In this episode, Cam Connor lists the top 5 fighters he has ever fought and shares some stories of these players and the fights that happened.

Stories include:
-What was it like to play hockey outside in a Winnipeg winter?
-Remembering hockey legend Johnny Bower, including a hilarious story of why Eddie Shack would only sign Johnny Bower's name when giving autographs and not his own name
-Playing road games in Indianapolis, including when Cam was eating breakfast and saw a hostage taking involving a bank manager with a rifle to his head.
-A question about whether we would ever make a View from the Penalty Box t-shirt.
-Cam's asked if he's ever seen a fight like Joe Thornton's where a chunk of his beard was ripped off, which reminds Cam of a story where Bobby Hull's toupee was ripped off in a fight.

In no particular order...
Behn Wilson. Cam talks about fighting Behn Wilson with a broken hand, which leads into a story about Tiger Williams and how he wasn't a great fighter.

'Bad News' Gilles Bilodeau. One of the strongest fighters Cam has ever fought, but more of a goon.

Jack Carlson of the Carlson/Hanson Brothers and what made Jack the toughest of the three brothers.

Kim Clackson. They fought as opponents and even fought in the dressing room as teammates when Kim had skates on and charged at Cam who had bare feet. Cam kept trying to fight without getting his toes sliced off!

Cam ends the podcast with who he would rank as the toughest player he ever fought.

Best and the Coolest Gadgets and Tech Products On The internet. Here you will find the latest and best products, gadgets & tools and tech inventions that you may have never seen before as we go on our continued search for the Top 5 Gadgets.
Technology 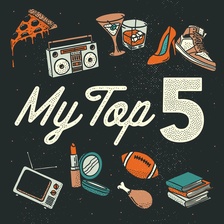 From the everyday to the bizarre, everyone has a top five! Join Fleur and Luke as they argue their cases and exchange preferences, stories and laughs with guests who bring a unique topic to the table.
Society & Culture Comedy Arts

FOX Top 5 will be sitting down with FOX News talent as they give us their Top 5. From greatest Presidential quotes to favorite family traditions to guilty pleasures - join your favorite FOX News anchors, reporters, and personalities every week, as they pair up to share their top...
Society & Culture News News Commentary 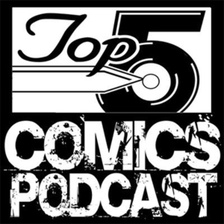 Top 5 Comics Podcast is a round table comic book discussion group. Talking about comic books, pop culture, movies, games and superheros stuff. A "Comics Book Happy Hour" and we have a good time doing it.
Arts

Every week we count down the best bits of commercial culture posted at Creativity-Online.com.
Arts Visual Arts TV & Film Design 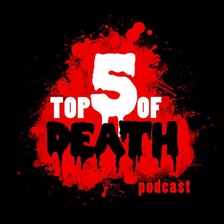 A weekly podcast where each member of the podcast creates and submits a top 5 list on any given topic. After each episode the lists are put up online for you to vote on and the winner decides the fate of the rest of the panel!
Comedy TV & Film Games & Hobbies Video Games
00:00
/
00:00