VFTPB 29: What's really behind the chaos with the Edmonton Oilers? Cam shares a small inside scoop.

39 minutes · 3 years ago
🇬🇧   EN Sports Hockey
We're back for Episode 30 and it's a Steve Durbano podcast episode and bench brawls!

Cam Connor's name has been brought up over the past week as hockey fans and analysts predict that Montreal Canadiens could be facing the Toronto Maple Leafs in the playoffs this year. The last time those two teams played was in 1979 when Cam scored the double overtime goal in the playoffs, so Cam talks about the goal and addresses the goalie Mike Palmateer's insulting comments after Cam scored on him.

A story about Serge Beaudoin and his wife's hair catching on fire.

Kris asks whether there is a strategy for who sits where in the dressing room (are name plates strategically placed)?

Given the recent video of the university bench brawl, Cam talks about that bench brawl and remembers the three major bench brawls he was in, with one including the Slapshot brothers and Paul Holmgren.

We end the podcast with a story about Dave Semenko fighting Muhammad Ali and giving Cam Ali's boxer shorts. 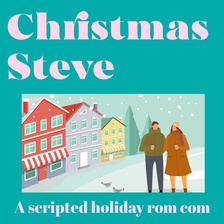 When young doctor, Izzy Casey, returns home to snowy Wisconsin for the Holidays, she falls head over heels for a hunky local shopkeeper. In the tone of Hallmark Christmas movies, this limited series scripted podcast is a stocking stuffed to the brim with romance, comedy, and emba...
Fiction Comedy Comedy Fiction 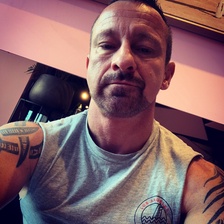 Steve Dale knows more than just pets. Find out on Steve Dale's Other World on WGN Plus from WGN Radio in Chicago.
Arts Food Performing Arts Live from Hollywood, CA by way of the Broken Skull Ranch, Pro Wrestling Hall of Famer, Action Movie/TV star, Steve Austin talks about anything and everything that pops into his brain. Steve shares tales from his new life, unbelievable past adventures, talks to pro wrestling pals...
Sports Wrestling Society & Culture Comedy