In this episode Comet, the dog, runs away. The Rippers no longer want Jesse in their band. D.J. ends a relationship with a rich boyfriend.

I really loved this episode, the new Season brings a NEW Comet or as I refer to him Comet 2.0, replacing OG Comet from Seasons 4-7.

We see Jesse being dumped by the Rippers thus leaving him to eventually start his new band Hot Daddy and the Monkey Puppets, where we will meet DJ's new boyfriend Viper, that is after she breaks things off with her new flame Richie Rich money bags Nelson.

I'll be honest I found Nelson boring and bland, but compared to Viper, he's a sweetheart to some degree, however neither will compare to Steve.

Joey, this final Season is rocking a lion's mane of hair that is wildly out of control, seems like the longer the hair the goofier Joey is and he is at max goof (not the character) factor in this episode.

Since Comet's new Lassie-esqe girlfriend is nameless in this episode I decided to call her Cassie the Collie (I know, I'm weird).

Also in front all of the Bay Area while telling the viewers of Wake Up San Francisco that Comet is lost, we learn Kimmy has weird tastes when it comes to what she desires in an ideal man such as a men covered in gravy. EWW!

Also Joey gives us an uncomfortable picture when he talks about his feet and Comet's nose and tongue. GROSS!

To EMAIL The Podcast GO TO: Ha... You tried, excellent effort though. When Life is trying you have to try harder or what I like to say is "Try smarter." This is a laid-back podcast accounting for success and failure, setbacks and goals in life and the heroic efforts we conjure up to overcome and carry o...
Education Self-Improvement The Aviation Medals of Honor

The story of the men and machines behind the aviation Medals of Honor, from World War 1 to Vietnam.
History 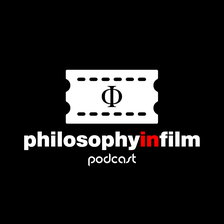 Do you like movies and philosophy? If so then "Philosophy In Film" is the podcast for you. We are three almost cool dudes who like talking about the philosophical dimensions of film. Two of us have PhDs in philosophy, while our show producer helps to keep us grounded with his...
TV & Film Film Reviews Education
00:00
/
00:00