In this episode, we cover a mobster who is probably most well-known for enjoying a good shoe shine. That’s right, we’re talking about none other than William “Billy Batts” Bentvena.

“Billy Batts” was a soldier within the Gambino Crime Family from the 1950’s through the early 1970’s, and was one who rubbed elbows with some very famous Cosa Nostra members including of course his good friend, one John Joseph Gotti.

Bentvena’s lasting legacy is in my opinion not as a significant individual contributor to the mob, though he was tied up in a pretty significant event as we’ll discuss.

His name is really only remembered as a result of the repercussions of his brutal murder, which was famously portrayed in the classic mob film, Goodfellas. "Now go home and get your fucking shine box!" is one of the most memorable lines in movie history. 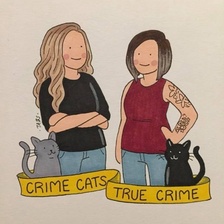 A brand new podcast featuring Emmy-nominated TV host and true-crime obsessive Stephanie Bauer.The podcast takes some of the most popular and riveting true-crime documentaries on award-winning digital channel Real Stories and transforms them into podcast episodes. The series begin...

Some call it the best TRUE CRIME PODCAST, it truly is a true-crime podcast like no like other! A husband that covertly murdered his wife in cold blood, and hides the evidence and guilt for years. The woman brutally takes out the lover she suspects her man is cheating with. The...
True Crime History Society & Culture Documentary 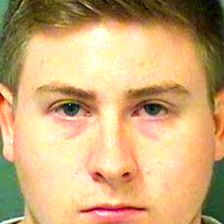 True Crime Podcast with two somewhat charming smart-asses. We dissect compelling crimes, everything from small happenings to the worlds most notorious killers. Interesting conversation and speculation as well as the occasional off-the-wall theory, is sure to ensue.
True Crime Society & Culture
00:00
/
00:00