Episode 324:Thanks To Hasbro, Lance Can Finally Play With Himself

143 minutes · 5 months ago
🇬🇧   EN TV & Film
On the 325th episode of The Absolute Geek Podcast, its all about #SanDeigoComicCon! Join us as we live to react to the news breaks for Marvel Comics, The MCU, DC, Warner Bros Discovery, and everything else going on this weekend! Don't miss the fun and excitement and give us your opinion on the biggest nerd event of the year, #SDCC!

In a world where geek culture is now trendy, lifelong, Phoenix-based geeks dare to share their opinion on comics, movies, and TV. Join us as we venture into the vast cave of pop culture to find and discuss the latest in geek news. Some of their favorite topics range from discussing the future of Rick’s group in The Walking Dead comics and TV shows, or the never-ending dispute of the future of DC movies versus the all-powerful Marvel.
No matter what the topic they have it covered!
Don't forget to smash that subscribe button and leave a review.

Welcome to the podcast of Light Church, a multi-cultural, multi generational community that exists to receive and express the light, love and redemption of Jesus. For more information about Light Church please visit our website at www.lightsandiego.com
Religion & Spirituality Christianity 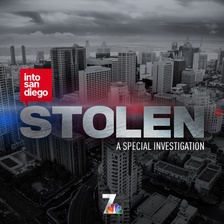 Join NBC 7 as we dig deeper into the stories and topics making headlines in our community. Hosts Tom Jones and Dorian Hargrove take you “Into San Diego” with an in-depth look at under-reported stories that matter to you. Whether it’s into the courtroom, the classroom, or i...
News

Name Drop San Diego is a weekly podcast from The San Diego Union-Tribune celebrating people who have shaped San Diego and been shaped by it. Join hosts Abby Hamblin and Kristy Totten each Tuesday as they get to know the people who make San Diego proud.
News News Commentary Society & Culture San Diego news; when you want it, where you want it. Get local stories on politics, education, health, environment, the border and more. New episodes are ready weekday mornings. Hosted by Anica Colbert and produced by KPBS, San Diego and the Imperial County's NPR and PBS station.
News 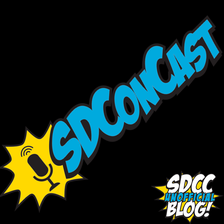 Listen to the writers of The San Diego Comic-Con Unofficial Blog and guests of the podcast as they talk about the latest SDCC news, share opinions on the movies, tv shows, comics and more that make up the con, and provide valuable tips and info to make your SDCC experience the be...
Arts No Winter in San Diego

Dally B and Blaq Rob get together once a week to talk about whats going on in the sports world and crack some jokes while they do it. Hit us up at [email protected] facebook.com/nowinterinsandiego Twitter:@nowinterinsd @blaqqrob
Sports 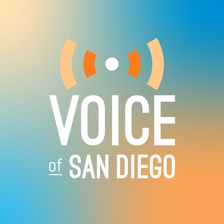 This is Voice of San Diego’s weekly spitfire roundup of news. We cover local and regional politics, the environment, education, the border and more. This show features our investigative reporting and interviews with lawmakers and other special guests.
News Politics News Commentary