This is week five of my Psychology of Pricing series. Where I share research-proven strategies to help the prices you display convert into sales. Some of these pricing tactics work great with your design business, and many of them are perfect for helping your clients get more sales.

So if you haven’t read or listened to the previous parts in this series, I suggest you do so before continuing with this one.

The tactics I’m sharing here are taken from a very in-depth article called The Psychology of Pricing by Nick Kolenda. You can find it on his website. Let’s get on with the list.

As a designer, you know how to create flow in a design. For example, If a person is looking to the right, you want to put their photo on the left of a layout. If they’re facing the left, you want them on the right of the layout. This creates flow in the direction you want people to focus on.

There are many ways to create flow in a layout besides which direction a person is facing. One of the ways you can do it is with numbers.

Conversely, leftward digits, 2,3,4,7 & 9 push the attention towards the left. This means that customers may ignore a large number placed to the right of them.

Alliteration is the repetition of similar initial sounds within a group of words. Such as Karl craves coconut cookies with a repetitive hard "C" sound.

There’s something about alliteration that feels good. It feels right. And that feeling can be misattributed towards another context. A 2016 study found that customers were more likely to buy products when alliteration was used.

Tactic 37: Use Round Prices in the Right Context.

There are three contexts when you should consider using round prices.

Round prices that “feel right” also trigger an “easy” sensation. Making a transaction seem easy and a good choice.

A 2016 study found that using round prices on point-of-sale items at a checkout counter increased sales.

Customers prefer round prices for social products. Since round numbers are easily divisible, people confuse numerical connectivity for social connectivity. For example, charging $457.99 for a four-day conference may seem expensive to someone because they see it as a high price for one social benefit.

However, charging $400 for a four-day conference makes it easy for people to think of it as $100 per day, which may sound more reasonable to them.

Tactic 38: Distinguish the Most Expensive Option.

This tactic works great with the three-tiered pricing method when quoting design projects.

In a previous part of this series, I said you should sort prices from high to low. But there are ways around that.

As designers, you know that design can have a hierarchy. A good designer knows how to lead a viewer's eye from one design section to another in a predefined path. So instead of putting the highest price first, you can achieve the same effect by adding visual distinction to the most expensive option.

You see this all the time on websites with pricing pages where one price is highlighted as the “best option.” By making something stand out, you set it up to be viewed first, creating a reference price in the viewer's mind. And if that first price they see is the highest priced option. The lower prices will seem much more appealing to them.

Face it. We like buying emotional products. I mean, nobody needs a cupcake, but that doesn’t stop you from wanting one. The problem with emotional purchases is you often feel guilty after you’ve spent the money.

A 2010 study showed that attributing a discounted price to the emotional product reduces the guilt associated with the purchase.

For example, a restaurant may sell salads and cupcakes individually for $3 each. But they have a special offer where you can get a salad and cupcake together for only $4. Saving $1 off each item is a great deal. However, they can make the deal seem even more appealing if they word it as buy the two together and save $2 off the cupcake price. Associating the discount with the emotional product, in this case, the cupcake reduces the guilty feeling of buying it.

Budgeting is a good thing, right? Well, not always. In fact, budgeting sometimes increases spending. Why is this? Budgeting separates you from your money. It’s put away for a specific purchase, and the farther removed it gets, the less pain you feel spending it.

A 2021 study showed that students spent more money on a class ring when they budgeted early for it.

When a client tells you they don’t have the money right now for a website redesign, you could suggest they start budgeting for it now so they can afford it when the time comes. Who knows, you may end up with a bigger project this way.

A 2005 study showed that adding a visual distinction to a sales price, such as colour, point size and even the font used, increases sales. It’s called contrast fluency. It’s a trick they often use in infomercials. When an infomercial shows a person struggling with their problem, the colours are usually dull and muted. Then things clear and brighten up when they show the person using the product they’re selling.

A 2009 study showed that placing more space between an original price and the discounted price creates cognitive confusion, causing people to interpret the visual distance for numerical distance.

A 2013 study found that customers perceive a larger discount when the sale price is positioned below the original price. This is because it’s easier to subtract two numbers when the larger number is first and the smaller number second.

Tactic 44: Reduce Every Digit in the Discounted Price.

Unlike words, people read numbers in a digit-by-digit manner. A 2008 study showed that reducing every digit in a sales price increases sales. Suppose the original price is $85; you’ll want each digit to be reduced by at least one. So the sales price might be $74.

This tactic works great with larger numbers. A product that sold for $9799 might be reduced to $8650.

When the left digit in both your original and sale price is the same, using a low right digit will make the discount seem larger.

For example, if you take two different sales.

Even though both items are on sale for $1 off, item 2 seems to offer a larger discount. This is based on numerical cognition. We compare numbers in relative terms. $10 off a $50 product is more appealing than $10 off a $500 product, even though the money you save is the same.

This same mental process occurs when you compare small numbers with large numbers. A 2007 study found that because the number 3 is 50% greater than the number 2. It’s perceived as a greater gap than the difference between 7 and 8, which is only a %14 difference. Therefore, dropping a number from 3 to 2 seems like a much better deal than dropping from 8 to 7.

It’s amazing how the mind works.

If you find that hard to comprehend, try looking at it this way. And this is me saying this, not Nick. The way I see it. Numbers between 6-9get rounded up, and numbers between 1-4 get rounded down. Therefore using a low number as your right digit will lower the perceived price. 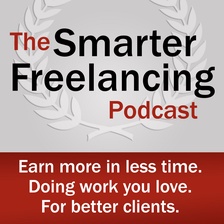 Smarter Freelancing is the show that teaches you how to earn more in less time ... doing work you love ... for better clients. It doesn't matter if you're just now thinking about going out on your own, if you've been freelancing for a long while, or if you're somewhere in the mid...
Business

This podcast features live screencasted lessons in the use of Fireworks and Dreamweaver as part of the Web Design 1 class at New Hartford High School in New Hartford, NY, USA. Skills taught here specific for students enrolled in the class but anyone is free to subscribe and learn...
Education Educational Technology Technology Software How-To 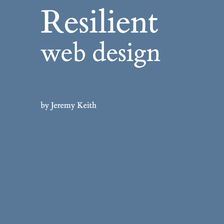 DoubleStack - The Business of Web Design

Discover a radically more profitable approach to web design and digital marketing. Today you’re expected to bring the marketing stack so you know what to do and the tech stack to pull it off. This is DoubleStack.
Business Marketing Entrepreneurship 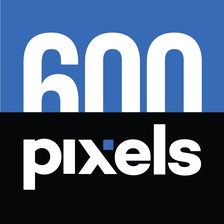 A podcast that goes below the fold of the world wide web to see how professionals in the industry design and build better digital experiences for everyone. Co-hosted by Caitlin Studley and Travis Self.
Technology 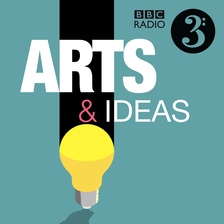