In this first episode of season three, Dr. Hettie V. Williams is in conversation with Dr. Pamela Scott-Johnson about her journey in higher education as an African American woman academic and administrator. Dr. Scott-Johnson is the first Black woman Provost of Monmouth University. She earned her M.A. and Ph.D. in psychology and neuroscience from Princeton University; and her B.A. from Spelman College. Scott-Johnson has vast experience working in higher education including administrative positions at Morgan State University where she served as interim Dean of the College of Liberal Arts and, more recently, California State University, Los Angeles where she was Dean of the College of Natural and Social Sciences where she led the largest college. Scott-Johnson worked as a research scientist for Kraft General Foods as an expert in taste and smell before entering academia. She has published widely in academic journals and has served as principal investigator on multiple grants securing more than 5 million dollars in funding. Interview With An Artist

The show where arts broadcaster and mentor Willy Russo chats with a range of art world players. Season four out now.
Arts 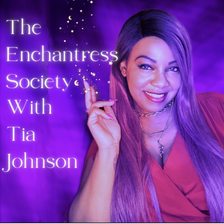 The Enchantress Society With Tia Johnson

The Enchantress Society With Tia Johnson focuses on helping spiritually centered people who want to break free from living by society’s obsolete and oppressive lifestyles to living their truth, unlocking their magick, reconnecting with the goddesses, and healing on multiple level...
Education Self-Improvement Religion & Spirituality Spirituality Grab a cup of coffee or tea, fall into your "virtual comfy chair" and join in on the conversation between Michelle King Robson and Dr. Pam Peeke and as they cut through the confusion and share the naked bottom-line truth about all things woman. Dialing up top experts to discuss w...
Health & Fitness

Join Maia Akiva, a motivational speaker, performer, writer and a Mental Health advocate, in this original fictionalized podcast, as she interviews her feelings, her emotions, the different parts of herself, and some surprise guests. Are you struggling with Depression, Stress, A...
Health & Fitness Mental Health 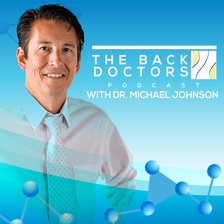 The Back Doctors Podcast with Dr. Michael Johnson

The Back Doctors podcast is weekly conversations with doctors from around the world sharing patient stories as they inform, educate, and offer hope for the millions of people who have back pain.
Health & Fitness Alternative Health 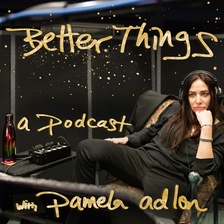 Pamela Adlon, Emmy Award-winning creator, actor, writer, producer, and director, finally has her own podcast to explore the people and topics that inspire and light her up. Pamela will host special guests from all walks of life, and deep dive into their hidden dimensions – their...
TV & Film Film Interviews

A podcast devoted to the history of political thought in the spirit of sharing, not perfection. Explanation and discussion of classic and contemporary political ideas. YouTube: YouTube.com/politicalphilosophy
Society & Culture Philosophy Religion & Spirituality Christianity

Thought-provoking videos about life and being human, with ideas from business leaders, psychologists and researchers speaking onstage at the TED conference, TEDx events and partner events around the world. You can also download these and many other videos free on TED.com, with an...
Society & Culture
00:00
/
00:00