Alex needed to be in Quebec City, so he obviously flew to Montreal — that made him try Air Transat (is that a controversial airline, Canadian friends?). Our friend Greg sadly never got to fly WestJet however …and Paul still hasn't been to Canada. Qatar is getting ready for a massive amount of daily shuttle flights for the FIFA World Cup (1.5 million fans expected, they're a country of barely 3m!). IAG wants Avios to go beyond BA and QR, but would any other airline be really interested? No AirTags allowed: Lufthansa wants to be left alone losing your luggage. Virgin and Alaska are fighting over a trademark that isn't being used (huh?). Virgin does a Upper First class with the Retreat Suite on the 330-900neo, a perfect bed for Presidents and Prime Ministers ;-)

We are not just ordinary fathers, we are striving to be "First Class Fathers," and we invite you to join us! Welcome to First Class Fatherhood, a Podcast through FamilyMade Media with a vision to change the narrative of Fatherhood & Family Life. Your host, Alec Lace, takes you th...
Kids & Family 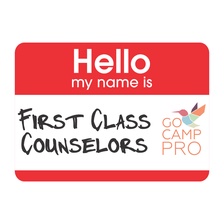 Camp counselors have the most important job at summer camp. Period. A great camp staff will have kids wanting to come back to camp year after year. First Class Counsellors is here to make great camp staff. Each week, we’ll cover practical and accessible tips that will level up yo...
Education How To Society & Culture

Francis Leach and Tony Wilson are off to their fourth World Cup, this time in Russia! Re-live the World Cup day by day held behind the Putin Curtain, interviews with fans and whatever else you might expect from a normal day in Russia. World Cup Road Trip is produced by Nearly Med...
Sports Your insider's guide to the Rugby World Cup. Georgina Robinson and Tom Decent bring you the inside stories, unravelling all the twists and turns, and sharing their experiences on the ground at the 2019 Rugby World Cup in Japan.
Sports Rugby In this episode, I talk about who will win the 2019 Women's World Cup.
Sports

The podcast dedicated to helping people become world class investigators; whether you're new to the industry, or want to up your investigative game by developing your knowledge, Brought to you by Julie Clegg, CEO of Human-i Intelligence Services and one of the stars of channel 4’...
Business Careers
00:00
/
00:00