CT082 Worth Every Minute with Don Sonney

This week, Andrew Clark joins us to discuss his experience living in Japan and training in Okinawan and Japanese Sumo. Andy moved to Japan 2004,  to teach English on the tiny island of Kitadaito Jima,  a few hundered miles East of Okinawa. While there, Andy had the unique opportunity to train both Kakuriki, or Okinawan Sumo (also known as Tegumi & Muto). and Japanese Edo Sumo, which is the Japanese sumo that most of you are familiar with. Okinawan Sumo and it has been a popular grappling art for hundreds of years. Some people, including Shoshin Nagamine, thought that Okinawan Sumo was the original martial art of Okinawa, which later developed in the striking art of Te and ultimately Karate.

At the start of the show, Andy tells us how he arrived in Japan, and his first impressions of his new home. He then talks about how he got involved with the Kitadaito Sumo team, and explains the differences between Okinawan Sumo and Edo Sumo. At the end of the show, he gets into some of the challenges he faced during his training, and the best way to see Okinawan Sumo for yourself.

Clark and B-Sax have taken their toxic relationship to the next level. They've started a podcast together all about your fitness journey, health, wellness, and why making fun of your friends just might be the best way to show them you care... sometimes. Hosted from Yellow Rose F...
Health & Fitness Fitness 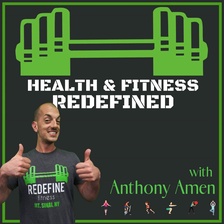 Strength and vitality for the blind and not blind.
Health & Fitness Fitness

In the Ring with SUMO Heavy

In The Ring is a weekly podcast about eCommerce hosted by John Suder, Bart Mroz and Brittany Blackman of SUMO Heavy. The show combines interviews with eCommerce leaders together with the latest news and strategies to give listeners actionable ideas and inspiration for their eCo...
Business 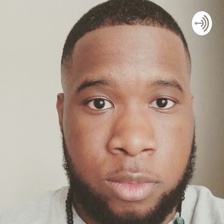 Motivation, encouragement, and empowerment to get up and be healthy.
Business 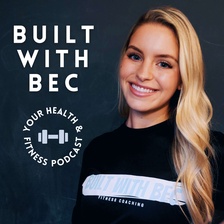 Welcome to your newest favorite health and fitness podcast. ;) Whether you're looking to learn about the basics of nutrition and fitness, how to create habits that turn your goals into your reality, or (c) all of the above, you've come to the right place! I'm here to help you cut...
Health & Fitness Nutrition

After Dark with Julian Clark

After Dark with Julian Clark at The Second City Hollywood is a clip-centric late night experience complete with digital shorts, up-and-coming comedians and celebrity guests from television and film. This is the next-generation take on the late night talk show format, built by LA...
Comedy
00:00
/
00:00