These are two of the biggest bands of all time - and yet, so much of the U.S. audience still knows so little about these superstars.

This week we are BLESSED to welcome our special guest, Victor Carlesi. Find him on instagram at instagram.com/victor_car_bakes to enjoy more of his hot pop takes and comedy stylings.

What is it about Little Mix and Blackpink that just *works*? We break down each band and draw some larger conclusions about pop music today.

As promised, here was the “homework” we did for each band before we recorded.

LITTLE MIX: VICTOR’S HOMEWORK FOR US

Thank you for subscribing! Follow us on insta and join the fb group.

A Tale of Two Hygienists Podcast

Welcome to the world's #1 dental hygiene podcast! You will get up-to-date information with some real life application. Andrew and his panel of cohosts are exactly where you are, dental professionals looking to get better! We may not be experts, but we will do our best to get them...
Science Natural Sciences Health & Fitness Medicine 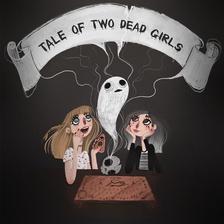 This is a podcast hosted by Kayla Villanueva and Kayle Peterson. Two friends who share a love for all things spooky. Separated by states & time zones, they tell stories of the paranormal & share true crime cases of people that should never be forgotten. This is Tale of Two Dead G...
True Crime

Two Guys, A Girl and a Podcast

Join Matt Miller, Paige Kuhn and Mello for a light-hearted podcast that goes deep on the NFL, NFL Draft, College Football and everything else you care about in the world. Send us your questions using #PaigingTwoGuys and your dilemmas at #JustTheTip. Follow us on Twitter and Insta...
Sports Football Society & Culture Relationships

A Tale of Two Sides: A Novel On Vaccines and Disease

Audio version of the novel read by the author. Resources of all studies and articles discussed are available at www.JohnPhillipRyan.com Support this podcast: https://anchor.fm/john-ryan28/support
Arts Books A Tale of Two Cities by Charles Dickens

Its immortal opening lines, "It was the best of times, it was the worst of times..." set the stage for a sweeping narrative that combines drama, glory, honor, history, romance, brutality, sacrifice and resurrection. A Tale of Two Cities by Charles Dickens is one of the most wi...
Arts Literature

eKaine: A man of little words and a sh!tload of Music

Your Source for the best in Indie R and B Neo-Soul and Hip Hop. The best music and video's served up Daily.
Music 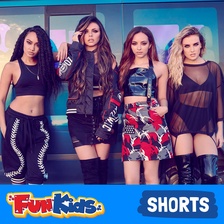 This is the place to enjoy all the latest fun we've had with pop superstars Little Mix! You can listen to Fun Kids on DAB Digital Radio in London and online across the UK!
Kids & Family Music 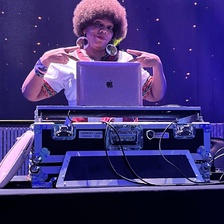