From Landfill to Solar Farm in a Black Houston Neighborhood

In Kenya It’s Geothermal for the Win

There’s been a pretty major shake-up in the world of transit decarbonization. This summer, the California Air Resources Board – a state organization that regulates air quality – approved a rule mandating that by 2035, all new cars sold in California will be zero-emissions.

This rule will transform California's car market; and deliver some huge climate and health wins along the way. Between now and 2035, the regulation will result in 9.5 million fewer gas-powered cars on the road. California’s not alone in cracking down on gas cars – soon, as many as seventeen other states may follow suit, resulting in a wave of regulation that could change American transit forever.

This week, we’re talking with one of the state’s most influential environmental regulators, Mary Nichols, about how this ban on gas cars came to be, and how it will help the state make the big switch to a net-zero transit future for transit.

The Big Switch is produced by Columbia University's Center on Global Energy Policy in partnership with Post Script Media. This episode was produced by Daniel Woldorff and Alexandria Herr Theme music and mixing by Sean Marquand. Story editing by Anne Bailey. A special thanks to Jen Wu, Natalie Volk and Kyu Lee. Our managing producer is Cecily Meza-Martinez. Our executive editor is Stephen Lacey. 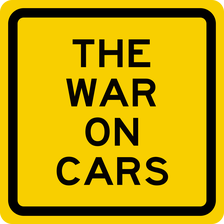 The War on Cars

The War on Cars is a podcast about car culture, mobility and the future of cities. We bring you news, commentary and stories about the worldwide battle to undo a century's worth of damage wrought by the automobile. The War on Cars is waged by three leading voices of the livable s...
Society & Culture News News Commentary Planet A - Talks on climate change

A podcast on climate change hosted by the Danish Minister of Climate, Energy and Utilities Dan Jørgensen. Inviting some of the world’s leading experts, policy makers and activists to share their thoughts with us. Not only to address the challenges and dilemmas inherent in climate...
Science

We’re living through a climate emergency; addressing this crisis begins by talking about it. Host Greg Dalton brings you empowering conversations that connect all aspects of the challenge — the scary and the exciting, the individual and the systemic. Join us.
Science Earth Sciences Natural Sciences Social Sciences

Smarter Cars is a show about the future of transportation from autonomous vehicles to electric scooters. We believe the future includes all modes of transport if we can choose the right tool for the job for each trip. We’re interviewing key players about policies to encourage mul...
Technology

Cars & Gadgets is the newest podcast from TechCentral. Hosted by Nafisa Akabor, it looks at the latest gadgets - from smartphones to laptops and from headphones to smartwatches - as well as the latest from the world of motoring, with a particular slant towards electric cars. Beca...
Technology Leisure Automotive We get it. You care about the climate crisis—but sometimes thinking about it is just too overwhelming. Well, we’re here to help with that. Host Dan Kwartler unpacks the problems and solutions behind big systemic issues in bite-sized episodes. You’ll find out which bag is b...
Science Nature

Welcome to the podcast "Gender & Climate"! In this podcast we talk about how climate change affects people around the world, with focus on gender differences. In each episode Annika interviews experts from all around the world and discusses one specific topic to cover the subject...
Business Non-Profit
00:00
/
00:00