Geothermal energy doesn’t get near the attention that wind and solar do. But to decarbonize our energy systems, we need a team of net zero technologies. And despite geothermal’s low profile, it’s an always-on, zero carbon technology that can complement intermittent renewables like wind and solar.

So could geothermal become a bigger player on the net zero energy team?

In this episode we go to Kenya, a country that built its geothermal energy from scratch in the 1980s and now gets nearly half of its electricity from geothermal power, with plans to double its geothermal capacity by 2030. Kenyan geoscientists Drs. Nicholas Mariita and Anna Mwangi explain the process of exploring for underground heat, drilling wells, and building geothermal power plants.

The Big Switch is produced by Columbia University's Center on Global Energy Policy in partnership with Post Script Media. This episode was produced by Daniel Woldorff and Alexandria Herr. Theme music and mixing by Sean Marquand. Story editing by Anne Bailey.  Special thanks to Jen Wu, Natalie Volk and Kyu Lee. Our managing producer is Cecily Meza-Martinez. Our executive editor is Stephen Lacey. 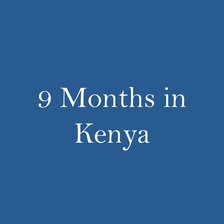 This is a podcast hosted by Megan Mason Dister about living in Nairobi for 9 months as a Fulbright English Teaching Assistant. This podcast is not an official podcast of the Fulbright Program or the U.S. Department of State. The views expressed in this podcast are entirely thos...
Society & Culture Pull For The Win Student DJs at WCBN created It’s Hot in Here in 2008 in order to combine environmental journalism with positive, infectious pop and counter culture energy. Placing the wealth of knowledge at the University of Michigan's School for Environment and Sustainability (formerly known as...
Science & Medicine

A once-proud franchise that turned into laughing stocks, the Browns are poised once again to be contenders. 92.3 The Fan mid-day host Andy Baskin and beat reporter Daryl Ruiter take fans beyond the Dawg Pound into the locker room and on the sideline.
Sports

Sal and Matt bring you detailed coverage from inside the Bills huddle. A fresh perspective on the games, storylines and personalities on the field, in the front office and around the NFL.
Sports It’s Always Personal In Philadelphia is an in-depth objective perspective through the lens of a mindful, conscious and spiritually aware African American family man. This fast evolving production delivers an exceptionally novel and creative audio experience. It’s Always Personal...
Education How To It’s an eagle, it’s a plane, it’s the goddamn Jets

Kurt and David talk about weekly topics in the NFL including picks for the next week of games.
Sports Football 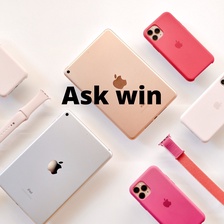 Ask win celebrating entrepreneurship and the life struggles that go along with it and teaching people about different walks of life too
Society & Culture Business Marketing
00:00
/
00:00