39 minutes · 5 years ago
🇬🇧   EN Sports Hockey
Cam Connor discusses why he ended his hockey career and the injuries surrounding that decision, which included a broken back.

Questions and topics include:
-Why did it take two years for Cam's broken back to be diagnosed by team doctors?
-What happens when a player retires?
-What, if any, player reached out to him once he left the game.
-The transition from professional hockey to the 'real world' and the lack of services and support for players making that transition back then.
-Why can't some players make the transition away from hockey?
-What was it like that last time he met Gordie Howe (when Howe was 82 years old)?
-Cam discusses Kris Russell accidentally scoring in his own team's net and if that ever happened before to a teammate on his team?
-A quick check-in to see how Cam's prediction that the Las Vegas Golden Knights will make the playoffs is faring.
-Another missed opportunity, Cam talks about the time he was asked (in 1981) to invest in this new product called...rollerblades/inline skates and he turned it down.
-Some stories of his public speaking events, including when he got locked inside a maximum security prison for hours to speak with 12 men convicted of murder! Parents Guide to "13 Reasons Why"

Christian parenting and mental health professionals from Focus on the Family help equip parents with an overview of topics that are graphically depicted in the Netflix series "13 Reasons Why." This podcast addresses the positive and negative effects this series has had on our nat...
Kids & Family

Goodbye to All This

“I still love him and I miss him.” Losing the thing you are most sure of and coming out the other side - a story about life, love and loss. A 12-part memoir by Sophie Townsend.
Society & Culture Personal Journals Health & Fitness

The 13 Reasons Why Podcast

We’re going beyond Hannah’s cassette tapes on the THIRTEEN REASONS WHY AFTER SHOW PODCAST. We’ll fill you in on everything going on in the halls of Liberty High and behind the scenes, too. This is heavy content, and with heavy content you need serious discussion. Join us as we ha...
TV & Film After Shows 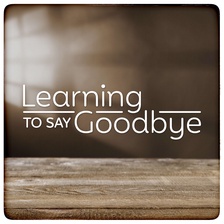 What is it about the subject of death and grief that makes us so uncomfortable? We have been experts at avoiding the one thing we all face sooner or later. Death is something that happens to other people. But when it hits close, we are left scrambling.So, let’s talk about it. The...
Society & Culture 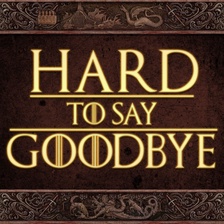 The team that brought you the 'award-winning?' podcast Only Stupid Answers is bringing you an all-new show! Put your hands together for HARD TO SAY GOODBYE (https://www.patreon.com/hardtosaygoodbye) ! The show where Trisha Hershberger (https://twitter.com/thatgrltrish) , DJ Woold...
TV & Film Comedy

It's Friday night and you're about to go out hang out with your girlfriends. Just Saying is your perfect pre-game companion podcast as you get dolled up for the adventures that await. Let celebrity wedding planner Diann Valentine and reality stars April Daniels and Jennifer Willi...
Society & Culture