VFTPB 18: Hockey Injuries - Some of the worst Cam Connor has had and has seen in his career

36 minutes · 4 years ago
🇬🇧   EN Sports Hockey
Cam's off to catch a flight, but not before he shares some more interesting hockey stories including:
-Why was Cam banned from playing hockey in Finland?
-Cam shares what he did with the jerseys he wore and shares a hurtful story about a friend who stole his New York Rangers jersey (among others).
-A story of Cam giving a loyal fan one of his game worn jerseys and what Cam received in the mail years later.
-Cam's thoughts on Olympic inspiration Mark McMorris.
-Thoughts on the Greatest Team ever fan voting (Edmonton Oilers 1984-85 won the vote)
-Why Cam tried hypnotism to get him focused on the ice
-Why Cam thinks there will never be another hockey dynasty.

We also announce the winner of the t-shirt/puck contest. Thanks for all the t-shirts you purchased to help support the podcast. It's appreciated. 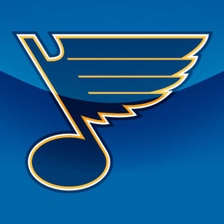 Listen to weekly Chili's Week in Hockey if you missed them live on KMOX 1120 AM.
Sports & Recreation 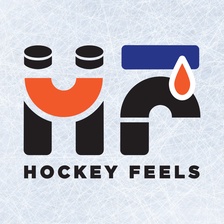 Welcome to Hockey Feels, a podcast that covers NHL news and other hockey developments from a unique perspective. Hosted by Steven Schapansky (in Edmonton) and Rachel Donner (in New York). New episodes drop every Monday or Tuesday. Visit our website at www.hockeyfeels.com.
Sports Hockey 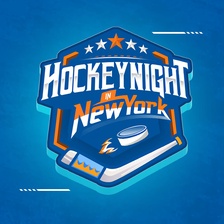 Settle into the couch for Sean Cuthbert, Chris Botta, & Stefen Rosner's unique brand of New York Islanders therapy. Watch them live Sunday nights at 8pm EST at twitch.tv/hockeynightny as they join you in the cheers, bring along some laughs, and help you through the tears as we al...
Sports Hockey

Get YOUR backstage pass to life inside the NHL & Pro Hockey World with the guys & girls who have lived it themselves!
Sports Hockey

Sound Of Hockey is brought to you by SoundOfHockey.com. This show is a general hockey podcast - produced for and by hockey fans - which features news and discussion surrounding the Seattle Kraken, and the sport in Seattle and the rest of the Pacific Northwest (the... Sound... a...
Sports & Recreation Professional
00:00
/
00:00