25. Mike Walker on a career in Big Tech and their incredible ecosystems

Faris El-Khider, MD, says he is 60% doctor, 40% data nerd. In addition to being a Cleveland Clinic trained gastroenterologist, Faris is also Co-Founder and Chief Clinical Officer of Hyr Medical.

Hyr Medical is building a web-based marketplace to tackle a major healthcare problem: By 2025, the United States will have a shortage of over 100,000 Physicians and 1,000,000 Nurses.

Faris has been in health care industry in 3 different continents since the mid 2000's. He completed his internal medicine training at Detroit Medical Center / Wayne State University, where he also served as Chief Resident, then Associate Program Director and Assistant Professor. During that time, he obtained a Master of Science (MS) focused in Clinical Research Design and Statistical Analysis from University of Michigan, then joined Cleveland Clinic as a gastroenterology and research fellow under a grant from National Institutes for Health (NIH).

He met his current Co-Founder after moving to Cleveland and showing up at a Hack-a-thon. And since then they've been building Hyr Medical, an online platform that connects doctors and hospitals for freelance work.

In this episode, we talk with Faris about his career in medicine, why he showed up at a hack-a-thon, and how technology can solve some of medicines biggest problems.

Connect with Faris on LinkedIn: https://www.linkedin.com/in/felkhider/ Hosted by Bill Curtis and quadruple board certified Dr. Steven Taback, Medicine, We’re Still Practicing sits down with doctors from the world’s most preeminent hospitals for insights into their research, practice, and education. The first in this dedicated series is Johns Hopkins...
Health & Fitness Medicine Alternative Health Nutrition

Discussion of news, comedy, and anything else relevant in the lives of comedians Randolph Terrance and Andy Kline, along with weekly guest comedians. New FREE episodes on Thursday every week. Monday episodes and bonus content at www.patreon.com/threeguyson Contact us at: threegu...
Comedy Stand-Up Comedy Interviews 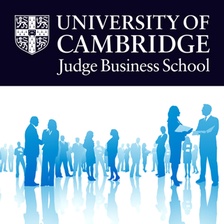 How to Start a Startup

Learn from successful entrepreneurs as they teach you, one interview at a time... Our guests also share how to maintain a successful business after you get it off the ground. The host takes you along their journey so you not only hear the highs of being an entrepreneur but also...
Business Management & Marketing 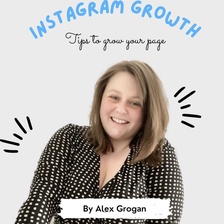 A podcast designed for a small influencer who is trying to grow. Tips and advice from a small influencer on how I went from creating a brand new Instagram page to 7000 followers, getting collaborations and much more.
Education How to

Three on the Aisle

Welcome to Social Medicine On Air, a podcast where we explore the field of social medicine with healthcare practitioners, activists, and researchers. We examine the deep causes of health and disease, and dream of a world of justice. We are: Jonas Attilus, Sebastian Fonseca, Ragha...
Health & Fitness Medicine
00:00
/
00:00