17 minutes · 5 years ago
🇬🇧   EN Society & Culture
In sub-Saharan Africa, 650 million people lack access to electricity. In Sierra Leone in particular, only 5% of the population is on the grid. That means that six and a half million people can’t study, cook, eat or work after the sun goes down except by dim candlelight or expensive kerosene lamps. To charge their mobile phones, most Sierra Leoneans have to go to public charging kiosks.

Three Columbia alumni from the School of International and Public Affairs found a solar solution to this challenge. Their startup, Easy Solar, hopes to introduce solar-powered products into Sierra Leone households, replacing the kerosene lamps that have negative environmental and health impacts.

Each of the three business partners, Nthabi Mosia '16SIPA from Ghana and South Africa, Alexandre Tourre '16SIPA from France, and Eric Silverman '16SIPA from the United States, had lived or worked in West Africa prior to studying at Columbia. When they realized their mutual passion for the country and clean energy initiatives, they formed Easy Solar and took a pilot trip to Sierra Leone to test out their plan. It was a success, and they have since all moved to Sierra Leone to expand their work.

We had the opportunity to sit down with them before they left to chat about their plans, the current status of electricity in Sierra Leone, and their vision of improving access to sustainable energy for thousands of people.

Daughter Of The Sun

In this podiobook: Since the Sundering, all use of the Breath has been outlawed. The Overlord and his family have destroyed all who could wield that mighty power. Now, the Overlord's own son needs that outlawed power to unseat his father.Having spent her entire life trying to sta...
Arts Books 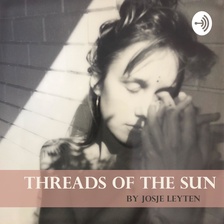 Threads of the Sun

Strengthening our intuition, unravelling from our conditioning and returning to natures wisdom.
Education Self-Improvement 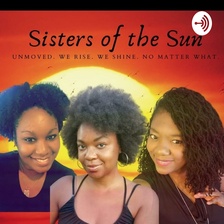 Sisters of the Sun

Mama of the Sun

An authentic expression of the soul of Sia, also known as Mama Solaris. Here we will dive deep into topics surrounding Motherhood, Spirituality, and Creativity. You can find me On Instagram: @mamasolaris At my wesbsite: mamasolaris.com And my Facebook group: Mindful Mamas Mas...
Religion & Spirituality

What if we told you that Jewish texts written thousands of years ago had something to say about our personal experiences today? Join Dr. Noam Weissman each week for honest and relatable conversations with a diverse range of guests. Each episode in this 10-part series offers new a...
Religion & Spirituality Judaism Society & Culture Join Fidelity and our guests as we explore the ideas and actions that give us the power to make better decisions about our work, finances, health care, and lives.
Business Investing

Unpacking the Power of Power Pack

We journey through each issue of the most underrated Marvel series of the 80’s while drinking beer. Please join us in rediscovering the joy of the Power Pack comic.
Fiction Comedy Fiction Arts Visual Arts The Power of the Only

Have you ever felt like the only person in your company, industry, community, or the only one in the room reaching for your unique dreams and vision? There’s power in being “The Only”. But how do you harness it as a strength and what can you learn from other “Onlys” to help you...
Society & Culture Personal Journals Education Self-Improvement
00:00
/
00:00