Have you considered diversifying with a commercial kitchen?

Diversifying your farms’ offerings is always a good idea. Many of the guests who have been on this podcast have talked about it, and it is a large part of my business model. Have you considered diversifying with a commercial kitchen?

On today’s episode Laura McKinney of Riverbank Farm talks about how her kitchen got started. She also talks about life on farm, how she got started in AG, and where she sees it all going.

In this farm podcast you will learn:

Since colonial times, the farm has passed through the hands of four different families who raised crops and milked cows. Currently, Riverbank Farm grows a diversity of certified organic vegetables, cut flowers and hay. Nourished by the fertile bottomland soil of the Shepaug River, the farm uses no herbicides, synthetic fertilizers or synthetic pesticides.

David Blyn founded Riverbank Farm twenty years ago and was joined by his wife, Laura, in 1996. David originally moved to the farm in 1989 in hopes of running a carpentry business. Although, the barn and house were in poor condition, David was drawn to the landscape and river bordering the farm and decided to call it home.

As David began to work on the barn, he also decided to grow a half acre of vegetables. The half acre increased each year until David began farming full time in 1991. He continued to farm on his own, jumping from tractor to tractor as he managed his small, diversified operation with old cultivating equipment and an array of farm machinery.

In the summer of 1996, while delivering produce during a full moon in Long Island, David met Laura. She had come east for the summer after finishing sustainable agriculture studies in Santa Cruz, CA. Laura knew she wanted to farm, but never anticipated being on the east coast. Their love for farming and each other blossomed into a bountiful farm.

Through hail storms, deer damage, late work nights, frosts, unpredictable weather patterns, and bug and weed outbreaks, they have learned to build a resilient farming operation and truly enjoy the harvest. They now have three children, Lily(8) and Alice(5) and Stella (2) who add love and laughter to each farm day. David and Laura believe that once you eat vegetables from the farm, the farm becomes part of you.

Items mentioned in this farm podcast include:

How can you add value to your unsold harvest?

Do you have an “apprentice guide” that you have new workers sign? Could save you a lot of headaches.

Farm quote of the episode:

“The ultimate goal of farming is not the growing of crops, but the cultivation and perfection of human beings.” – Masanobu Fukuoka

Thanks for taking the time to listen in, and let me know what you think. You can leave a comment below, send me an e-mail, reach me on Facebook , or leave a 5 star rating iniTunes if you liked the show. Join Matt Wheaton (The How-To Scholar) in his weekly podcasts that discuss topics in education and business. Interviews, teaching methods, and documenting the process of creating a business in the field of education technology will be common themes of discussion, but you never kn...
Education 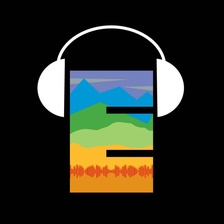 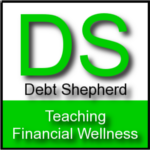 Teaching financial wellness & promoting financial literacy. Tired of the same old money advice from road weary gurus? We talk about the math, yes, but this show focuses primarily on the psychology of money. Usually the biggest obstacle to financial success is your current thin...
Business Investing 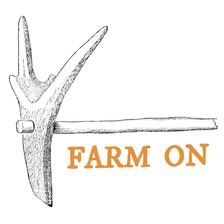 Hosted by Joe Phillips. New episodes monthly. Conversations with agriculturists, artists and activists on the front lines of the food movement. Subscribe on iTunes, or wherever you get your podcasts. To hear more episodes or to read my essays on everything from zucchini to Zen,...
Society & Culture

How To Become A Personal Trainer

Practical tips to help you become a better coach so you can help more people.
Health & Fitness Fitness

Our mission is to provide exceptional Commercial Kitchen Equipment Repair & Maintenance Service - and add a bit of fun, innovation, & education in the process!
Business Join celebrity farmer, ecologist and conservationist, Jimmy Doherty, on his farm as he talks to eco-experts and well-known faces about trying to live a greener life.From bug burgers and sustainable football clubs, to viagra honey and foraging fungi, Jimmy’s new weekly podcast wil...