Full House: S7E8: Another Opening, Another No Show (In Honor of John Stamos's Birthday)

Today, I covered the final Free Willy Movie in the trilogy, Free Willy 3: The Rescue.

My least favorite of the three movies. I make this fact know throughout this review. IMO this movie did NOT have to be made.

Couldn't stand Max, the 10 year old stand in for Elvis, Jesse's half brother. He was annoying, so much so I wish we had gotten Elvis back. Maybe he improved in the two years since Free Willy 2. Who am I kidding? I highly doubt that.

Drew(Randolph's boss?) I'm guessing is a stand in for Ray from the first movie. She makes it clear she can't stand Jesse (maybe cause he's 16) or she's just thinks this kid's a know-it-all even though he hasn't went to college and doesn't have a degree in marine biology.

I feel we spend too much time on Max and his Dad (the whaler/enemy of the movie)I don't really care about their relationship. Not enough time spent with Willy and his girlfriend/mate/soon to be wife/SPOILIER Baby Mama.

HANDS DOWN: Jesse's harmonica call for the WIN!

I found it hard to believe that Willy formed a bond with Max at all, what just because he has issues with his Dad. First hero worship because he thinks his Dad hunts salmon when in reality he hunts killer whales and sells the meat to international black market, Norway, Japan and Sweden.
Max makes it his mission to turn his Dad into a lover of fish instead of a fisher killer.

Listen to find out, or if you've seen the movie, you already know.

Have a great week everyone!

I hope you enjoy the review at least to some degree!

The future of Tesla's, with my friend Angie
Leisure Automotive 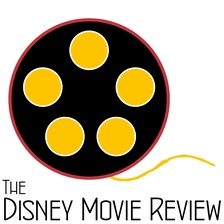 The Disney Movie Review is your source for news and reviews on the latest news of Disney, Pixar, Marvel, and Lucasfilm movies. In addition to reviewing the latest Disney movie trailers and feature-length releases, we look at how the Disney, Pixar and Marvel movies are expressed i...
TV & Film Arts 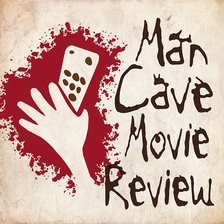 Reviewing the good, the bad and the ugly of movies
TV & Film Arts

Fed Up In Hollywood Episode. 3 We met in college. The year: 1997. Over 20 years later we still talk every day. Although we have different opinions, we respect each other enough not to let our opinions interfere with our friendship. Since 97 is a podcast where two friends share their opinions about news, DIY...
Society & Culture

Garbage Town is a Dumb-Dumbs & Dice podcast where we watch and review the worst-looking Hollywood movies, so you don't have to! It's hosted by Ryan LaPlante (@theryanlaplante), Tyler Hewitt (@Tyler_Hewitt) and Tom McGee (@mcgeetd) with a special guest comedian for each episode. C...
TV & Film Film Reviews

Become a Paid Subscriber and get bonus podcasts: https://anchor.fm/nowplayingpodcast/subscribe Three playful movie reviewers break down a variety of film franchises by dedicating a podcast to every single sequel, reboot, and spin-off in a series. In-depth conversations cover pro...
TV & Film Film Reviews
00:00
/
00:00