Full House:S3E3: Breaking Up Is Hard To Do (In 22 Minutes) (The Almost Break-Up Double Feature)

In this episode Danny meets Vicki's mother, an interior designer, who redecorates Stephanie and Michelle's room without consulting him and it leads he and Vicki to argue and break up.

I really enjoyed this episode. Danny and Vicki never use the words break-up like Jesse and Becky do, they just have a disagreement and she leaves, it's Steph and Michelle that call their newly redecorated room "the break-up room".

I, for one love the new room design. I also agree with Danny that Vicki's Mom, Liz had no right to redecorate the girls's room without his permission. Liz told Danny redoing the room was her form of an apology for her out of line questioning him the day before.

A simple I'm sorry would have worked too, Liz.

Although to be honest it was time for that room to be made over.

On a side not Joey and Jesse are dealing with a new boss Allison Axelrod at the radio station and both are divided on how to approach this supposed rumor that she's changing the radio station over from rock 'n roll to classical music.

Assigned parking spots is her way to break the ice, which Jesse originally mistakes for a pink slip of getting fired.

Poor old man Artie or Arnie does in fact get the axe because as Allison puts it "he's dead weight" since he's been with the station for over 30 years. This poor guy, I'm sure this radio station was his life and he gets let go due to old age, isn't that "ageism"?

In this episode Jackson and Ramona's first high school party has major consequences, when Jackson got drunk. Becky and Jesse team up to host an awards show, where a big win goes to Matt's head.

TO EMAIL The PODCAST GO TO:

Join co-hosts Aaron Lopez and Ben Norsworthy every Monday as they dive into the world of movies. Not only will they be dropping insights into new movies, they will relive some of their old favorites. Grab some popcorn, a cold beer, and enjoy The Drive In: Double Feature!
TV & Film 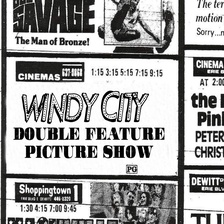 Film historians Mike Vanderbilt and Adam Carston look back at the rich history of the double feature from a very Chicago point of view, exploring not only the history of the films but the stories of the theaters that screened them.
TV & Film Film History Film Reviews Miss Movies (Brianne) and Stacy Howard discuss how movies link up to each other.
TV & Film 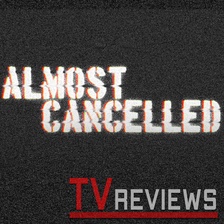 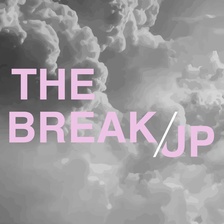 The Break Up is a podcast about breakups and how to deal by Riley Billingsley and Eleanor Drake.
Society & Culture

The Break Up Break Down

When True Love feels more like a True Crime Story....Abby is ready to investigate! Breaking Up is hard to do (obviously) but it's even harder when social media is involved. If your relationship is on display, people are noticing...especially when it ends. We talk to couples and i...
Society & Culture Relationships