Today, we break from the normal programme to interview Bucha survivor, Katya Savchenko.

Before the 24th February, the town of Bucha was known as, an attractive suburb, north west of Kyiv.

During the early part of the invasion, it was the scene of heavy fighting as Ukrainian and Russian forces battled for control. For weeks, the town was under Russian occupation and, soon after they were pushed back, horrendous stories of murder, rape and torture emerged from civilians who had stayed in the town.

Katya Savchenko stayed in Bucha. She survived, many of the people she met, didn’t.

The Russia-Ukraine War Report provides comprehensive, fact-based news coverage about the war in Ukraine. Our team of journalists, researchers, and analysts are from Georgia, Israel, Canada, Finland, Poland, Ukraine, the US, and the UK. We go beyond content aggregation and provide...
News Daily News Government

This is the podcast Putin, take your pills. The conversations and memories of Russia’s war in Ukraine first-hand. The story of how Ukraine fights against Russia for its freedom. Donate (Patreon) – https://www.patreon.com/ptyp
Society & Culture Documentary

The War in Ukraine Daily

The War in Ukraine Daily, a podcast from Audacy here to give you the very latest information on the ongoing conflict in Ukraine.
News

The FOX News Rundown is the place to find in-depth reporting on the news that impacts you. Each morning, Mike Emanuel, Dave Anthony, Lisa Brady, Jessica Rosenthal and Chris Foster take a deep dive into the major and controversial stories of the day, tapping into the massive repor...
News Entertainment News Sports News Politics 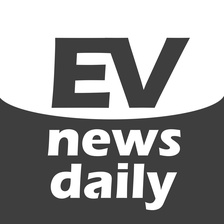