On Melissus, Xenophanes, and Gorgias by Aristotle

On Dreams by Aristotle

On Things Heard (Greek ΠΕΡΙ ΑΚΟΥΣΤΩΝ, Latin DE AUDIBILIBUS) is a work which was formerly attributed to Aristotle, but is now generally believed to be the work of Strato of Lampsacus who was the third scholarch of the Lyceum. Our extant version of On Things Heard is made up of long extracts included in Porphyry's Commentary on Ptolemy's Harmonics, and is thus partial. The extracts are concerned with the nature of sound production. (Wikipedia) 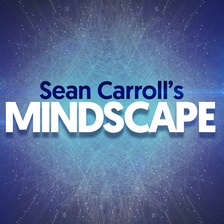 Ever wanted to know how music affects your brain, what quantum mechanics really is, or how black holes work? Do you wonder why you get emotional each time you see a certain movie, or how on earth video games are designed? Then you’ve come to the right place. Each week, Sea...
Science Physics Society & Culture Philosophy

Deep discussions on science, technology, philosophy, and current cultural concerns in the 21st century. Join us for our bi-weekly show where we engage in informed chatter about topics that are relevant now and looking into the future.
Society & Culture Science Technology

Interview with Philosophers about their New Books Support our show by becoming a premium member! https://newbooksnetwork.supportingcast.fm/philosophy
Society & Culture Philosophy 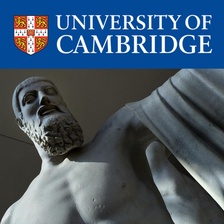 Recorded lectures from the Faculty of Philosophy

The study of philosophy at Glasgow builds on a prestigious history that includes the achievements of great thinkers such as Francis Hutcheson, Adam Smith and Thomas Reid. We have expertise in metaphysics, epistemology, philosophy of mind, philosophy of language, logic, philosophy...
Education