How to Talk to Kids about Childhood Illness with Dr. Jen Pratt

Donna Nakazawa: is the author of four books that explore the intersection of neuroscience, immunology, and emotion, including The Angel and the Assassin, named one of the best books of 2020 by Wired magazine, and Childhood Disrupted, which was a finalist for the Books for a Better Life Award. Her latest book is GIRLS ON THE BRINK: Helping Our Daughters Thrive in an Era of Increased Anxiety, Depression, and Social Media. Her work has appeared in Wired, Stat, The Boston Globe, The Washington Post, Health Affairs, Parenting, AARP Magazine, and Glamour, and has been featured on the cover of Parade and in Time; she has appeared on Today, NPR, NBC News, and ABC News.

The post How to Talk to Girls about Anxiety, Depression, and Social Media with Donna Nakazawa appeared first on drrobynsilverman.com.

How To Talk To Girls Podcast

Tripp Kramer (instagram.com/trippadvice) has been teaching shy men around the world how to date the girls they truly desire by approaching confidently, using openers that really work, starting conversations that are fun and engaging, and closing with her number and planning a dat...
Health & Fitness Sexuality Mental Health Education 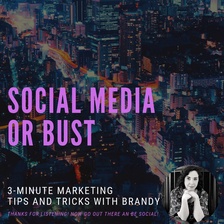 In this episode, I summarize how often to post to the different social media platforms and when the best days and times are for the highest engagement of each platform.
Business

You struggle to overcome your Social Anxiety? You're frustrated over how it affects your life? Worried you'll have to live with your Social Anxiety forever? This podcast is for you! You'll hear me - an ex-Social Anxiety Disorder sufferer - interview the superstars of the the...
Health & Fitness Mental Health Education How To

Something to Talk About

Women coming together to share how God’s Word enlightens their lives. This podcast is a part of the First Pres Augusta Women's Ministry. Hosted by Women's Ministry Director, Vanessa Hawkins, and study leader, Amber Barrett, the two spend time sharing faith stories with other wo...
Religion & Spirituality Christianity Something To Talk About

From the title that sets the news agenda every week, Something To Talk About sees Stellar editor-in-chief Sarrah Le Marquand sit down with a diverse range of guests - from household names to news identities and everyday people with a compelling story to share - for exclusive inte...
Society & Culture 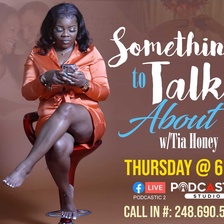 Something To Talk About

Broadcasts from Something To Talk About 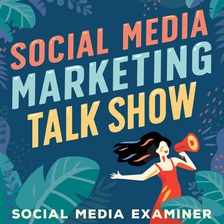 Get expert opinions on the latest social media marketing news, from Social Media Examiner. This show shares only the news you need to know. You’ll gain quick insight that could provide you a competitive advantage. Watch the live show at SocialMediaExaminer.com/liveshow...
Business Marketing
00:00
/
00:00