The Dark Zone 36: Team Hunting Bigfoot - The Endless Mountains, Racing Together for the First Time, and Showing Us How It Is Done

The Dark Zone 38: Igor Dorotic of AR Croatia - Big Course Design, Transitions Aplenty, and the Chance to Relive the Race

62 minutes · 4 months ago
🇬🇧   EN Sports
Today we are joined by Lars Bukkehave for an episode originally recorded in April 2022.
A stalwart in the world of adventure racing, Lars has raced all over the world and has the stories to prove it. Today he regales us with his origin story, how he grew into being a world-class adventure racer, and his sleep and nutrition strategies. This is one of the longer episodes of TDZ, and we could have gone even longer.
Following the initial recording, Lars sent an audio file with even more information on his upcoming race directing and other events that he's planning. Be sure to stick around for that. Since recording this episode, Lars was struck with a severe case of hypothermia at Expedition Oregon and had to withdraw from the race, but then came back as a member of Team Bend Racing to win the inaugural Endless Mountains Adventure Race with a winning time of just over 110 hours this past June. He's a human Weeble Wobble (Shout out to the 70's kids out there).
Not only does he love the sport, but he cares deeply about newer racers and how best to bring new people to our races. He'll most certainly be a return guest to TDZ. Sit back and enjoy! 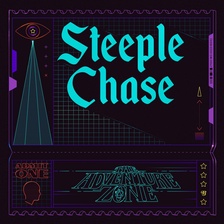 Justin, Travis and Griffin McElroy from My Brother, My Brother and Me have recruited their dad Clint for a campaign of high adventure. Join the McElroys as they find their fortune and slay an unconscionable number of ... you know, kobolds or whatever in ... The Adventure Zone..
Fiction Comedy Fiction Leisure Games 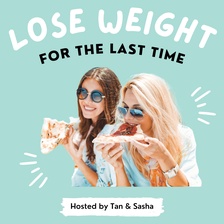 Lose Weight For The Last Time

We know exactly how it feels to be overweight and being stuck FOR YEARS in the diet mentality. Are you sick of starting the diet on Monday and falling off that wagon by Friday only to start it all over again on the following Monday? That yo-yo diet mentality is very familiar to u...
Health & Fitness See It Again For The First Time

Love movies? Love watching them more than once? Well let me help you watch a movie for the first time, by giving you new things to look for!
TV & Film

J.R. and Jon are friends. J.R. has never seen Star Trek, while Jon is a fan. Now that J.R. is watching it all from the beginning, they're discussing it all.
TV & Film Sidepodcast - All for F1 and F1 for All

Join Christine as she guides you through all the happenings in the fast-paced world of Formula 1. Bringing you information, gossip, statistics and humour, with the odd race report thrown in for good measure. But don't think this is news churned out the normal way - the lady tells...
Sports & Recreation Professional Games & Hobbies Automotive

Entrepreneurship often comes at a cost. What comes after putting your effort into your passions is a tidal wave and success, challenges, and lessons. The same can be said for Adventures. Fit for Adventure brings experts and leaders in the outdoor industry to the stage to share s...
Business Entrepreneurship
00:00
/
00:00